skip to main | skip to sidebar

Sarah is an Alaskan Republican 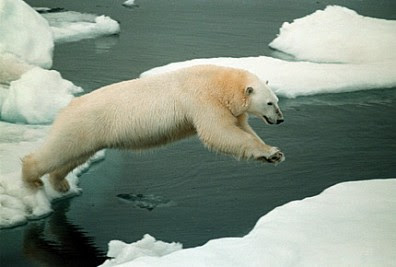 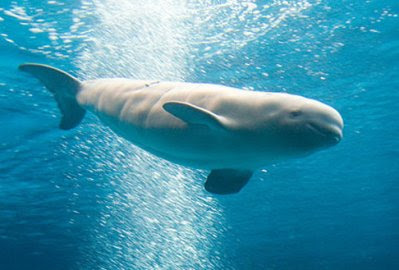 First I want to start by saying i'm not some sort of animal welfare freak. I eat meat--- sorry just needed to get that off my chest.

BUT, Governor Palin has ACTIVELY tried to take these animals off the endangered species list. I'm sorry--- did i miss somewhere in these discussions about her background-- is she qualified to make these judgments?

No. And the worst part is that her ENTIRE reasoning was because of oil. These animals could hurt oil exploration...bla bla bla. Well, that's all she has been good for in Alaska, OIL. Sarah "OIL" Palin. AND THEN SHE DOESN'T actually pay for the things like good schools, or community centers, or FIRE STATIONS.

listen to her talk about her "disappointment" in polar bears being classified as endangered species.


And then read this exchange FROM Governor Sarah Palin on Beluga Whales... i'll give you an excerpt:

"i'm writing to express my extreme concern regarding the april 20, 2007 proposed rule responding to a petition to list the Cook Inlet stock of Beluga Whalesunder the endangered Species Act"

READ THE WHOLE LETTER FROM PALIN


It's not really a shock that Palin is ONLY concerned about oil. She is an ALASKAN Republican. One of my favorite documents from below in my first post! is a letter to Joe Lieberman... you know Joe.. he spoke at the RNC convention. The letter is about her adamanet position that we should be drilling in ANWAR--- and DRILLING NOW! shocking that mccain was smitten with her?

The letter was copied to "the Honorable Senator Ted Stevens" (among other people)... but i just can't believe them trying to hide that she is an ALASKAN REPUBLICAN!

READ THE ENTIRE LETTER FROM PALIN

I don't support Palin BECAUSE of what she has done, not because of who she is

I love my family too much and brothers job is hurting because they didnt get the money they were EARNED. I understand checks and balances and paying bills, but whatever. Governor Palin, who i like because she too loves her family, but i've seen too much and care too much not to just share this. Please make sure that we pay for things that MATTER and help out people that are TRYING to make a difference. I got this from the public alaska website and with google. Its busy but i know she is just like Ted Stevens who is federally in trouble for NOT helping the people who PUT Him into office...

deepening and ongoing investigations into political and corporate

In response to state investigation